Diary of a Cold Spell

‘Diary of a Cold Spell’ 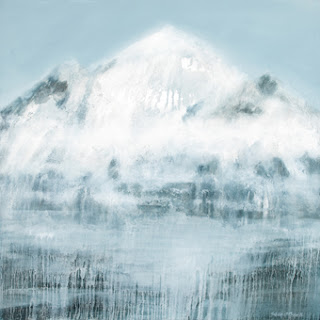 ‘Diary of a Cold Spell’, an exhibition of paintings by artist Silvana McLean, opens on Saturday 8th October at Designs Gallery, Castle Douglas .


This body of work is the result of a month long residency Silvana spent in Iceland earlier in the year experiencing and documenting through her sketches and paintings the remarkable landscape of this extraordinary country.


She set off from Scotland at the end of February to live in Siglufjordur, the northernmost town in North Iceland to paint, draw and absorb the atmosphere and terrain of snowbound mountains, fjords and snowy skies, returning home at the end of March just as the spring began to arrive in the far North.


While away, she kept a journal and blog of her experiences. Taking along her notebooks she absorbed herself in the surroundings, her observations and sketches of  a northern landscape  translated into these remarkable paintings.


Freezing temperatures, powerful windspeeds, the gathering light and the sounds of ice and snow made a deep impact on her senses the further north she travelled.


The exhibition at Designs is timely as we have now passed the autumnal equinox and are heading for our winter. In Iceland the first snows have fallen on Mount Esja, not far from Reykjavik and clearly visible from it. Birds will be leaving for the South and many will have already left.


On a previous trip to Iceland Silvana  recalls ‘One of the most moving sights I’ve seen was one early October on the south coast of Iceland, one hundred or so swans were flying over the mountains on their way to Caerlaverock and other sites in Dumfriesshire – as it turned out.  Their arrival was important enough to feature on the news, serendipitously and oddly timed with my own arrival home five days later to watch that news and find out I’d seen them leaving. The sound of all those wings is unforgettable.’


A reminder that Iceland is a northerly neighbour.


The exhibition runs from 8th October to 12th November and also features jewellery from Eileen Gatt.


Eileen spent time in Alaska working with Inuit artists whose way of perceiving art was very similar to her own, creating three dimensional interpretations of an idea which is imaginary.


Eileen’s jewellery and silversmithing makes references to these traditions, interpreting how these myths and superstitions are perceived today.


Those familiar with her work will recognize the simplicity and understatement of her silverwork with designs which include polar bears, arctic hares, and new creations - penguins, all creatures of our frozen polar regions.

Posted by designs gallery at 08:28 No comments: