For our Xmas exhibition this year at Designs Gallery we have added to our jewellery display with  tableware by Nick Munro, Shimara Carlow and Tom Dixon. 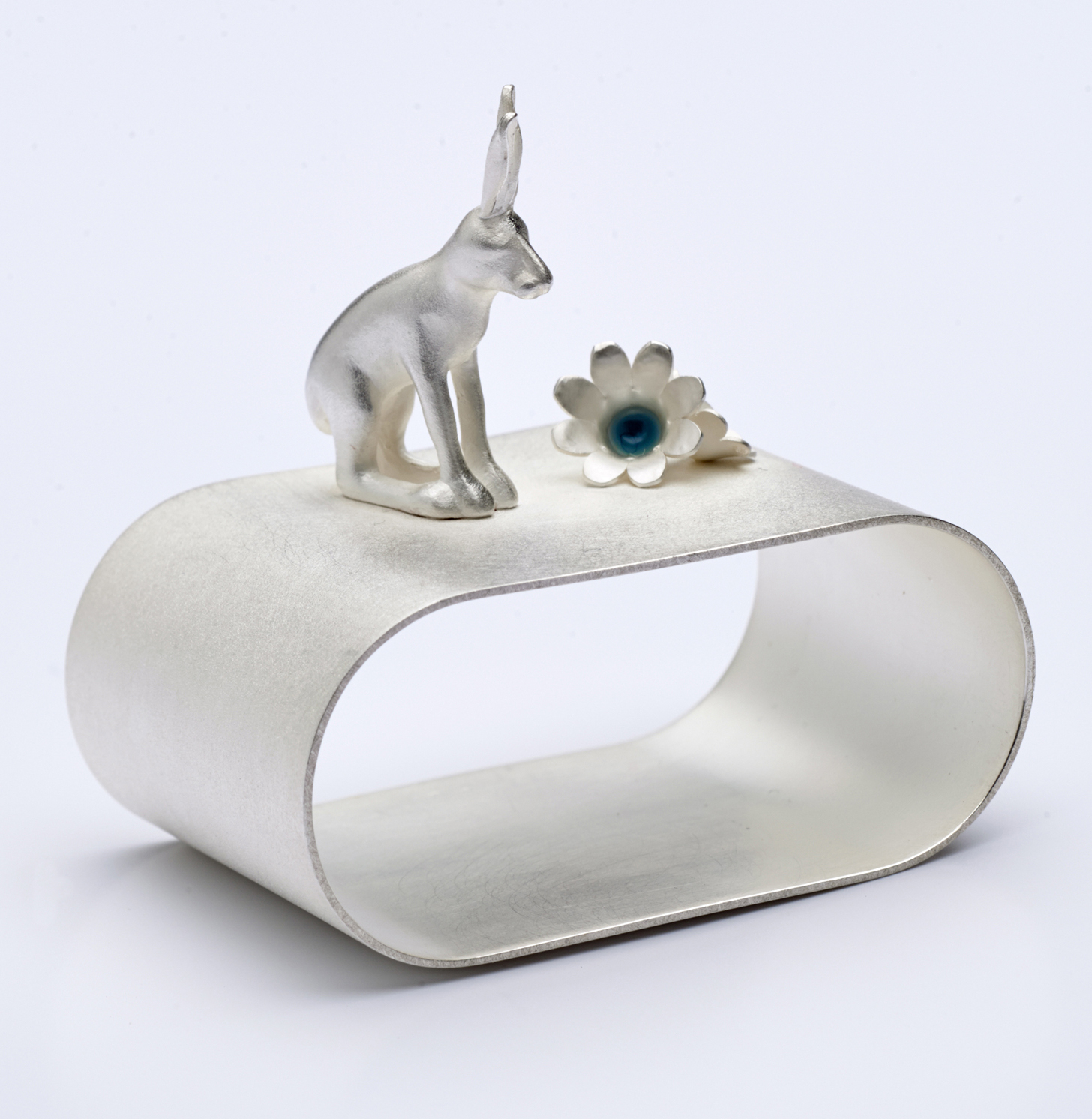 Jeweller & silversmith Eileen Gatt is based in the Black Isle in the Scottish Highlands. This location provides her with the perfect environment in which to work as she is inspired by the mystical interaction between man and the sea. The beautiful frosty finishes that adorn her work echo the cool wintery landscapes.
Eileen’s new collection is a range aimed at the high end of the children’s giftware market. The pieces are unique and enchanting, every piece telling a story, making them the perfect gift to
commemorate a special occasion, timeless keepsakes that will be cherished for years to come.
Eileen uses stories and customs as a starting point, creating her own visual interpretations, abstracting them in such a way that the pieces portray an air of mystery and intrigue. A number of her pieces incorporate elements which have been cast from rowan trees, it was believed that the rowan protected you from the “sidh” (wee folk or fairies), so it became a symbol of good luck. The hare is also prevalent in Eileen’s work, an animal surrounded by myth and superstition. It was believed that witches could metamorphose themselves into hares. Therefore hares were often feared. However they were also symbolic of fertility and therefore were also considered to be lucky. Eileen also makes reference to the seal, known as a “Selkie” in Scottish folklore. Tales of people that could transform into seals and live under the sea as well as on land were very common around the shores of the Black Isle, as they were throughout Scotland.
Eileen specialises in highly individual gifts for children, such as cups, spoons, animals and charm bracelets. She also has an extensive range of jewellery. Her recent ‘Tall Tale’ collection is a charming mix of old traditions and contemporary aesthetics. She works predominantly in silver but
often incorporates 18ct gold and semi-precious stones to highlight certain aspects of the design.

Posted by designs gallery at 10:35