CERAMICS- the influence of Japan

Designs Gallery summer exhibition opens on Saturday 9th July with the work of three potters, Archie McCall, Andy Priestman and Russell Coates .  All three are British makers whose work has been heavily influenced by the Japanese ceramic tradition.


At first glance their work seems unrelated, however as one looks more closely  the simplicity of the form, the attention paid to the pattern and surface glazes of their pots creates a sense of the simplicity and strength of the Japanese craft. Teabowls, lidded jars, decorated platters and pots are on display in the exhibition which runs until 27th August.


Archie McCall’s interest in ceramics began out of curiosity after first seeing Japanese tea bowls. He served a 3 year apprenticeship with John Davey of Bridge of Dee, near Castle Douglas whose work was largely influenced by the ‘East meets West’ philosophy of the potter Bernard Leach and then in 1974 he travelled in Japan and Korea before establishing his first pottery in Dumfries & Galloway. He spent a number of years as Head of Ceramics at Glasgow School of Art where he introduced the innovative part-time BA(Hons) degree programme which is delivered through residential schools and on-line, distance learning. He now works from his studio in New Abbey where he produces teabowls and larger pieces, thrown in stoneware and richly decorated with glaze, pigments and luster.


Andy Priestman’s high fired porcelain and stoneware pieces, whilst being perhaps influenced by a more Northern European tradition have glazes inspired by the stoneware and porcelain of China, Korea and Japan .  Room 95 in the British Museum, which houses a magnificent collection of Chinese ceramics with pots from the earliest years of high fired pottery, is an inspiration for his work.


He has been making high fired pottery, both porcelain and stoneware, for over forty years at Minniwick, near Glentrool.
Russell Coates’ unique style is influenced by Kutani Ware which he studied in Japan, He  won the Mombusho scholarship to study enamelled porcelain under Professor Fujio Kitade of Kanazawa College of Art& Design in Ishikawa prefecture in Japan in 1971.He has lectured and taught pottery, including courses in Japanese enamelled porcelain ,since 1975 and works as a potter in Somerset. Russell has always been deeply interested in Japan and realized that ceramics/pottery was one of the most highly regarded of the creative arts in Japan and there was a long tradition of creative diversity. 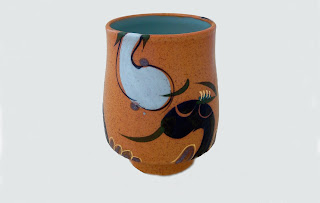 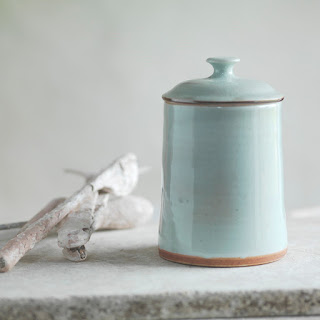 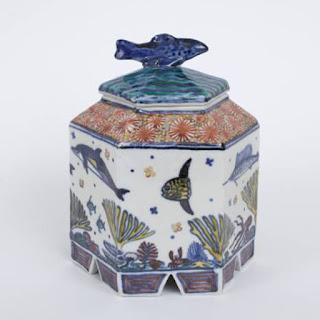 Posted by designs gallery at 06:59 No comments: